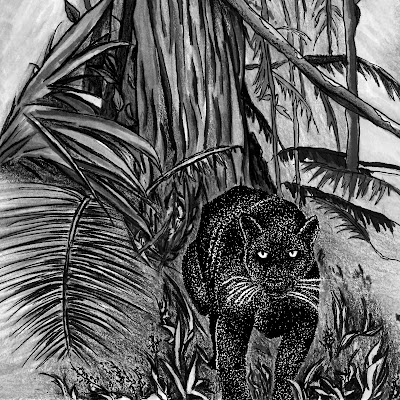 Felines have been integral to the fabric of Oz since the very beginning, when Baum used them as supporting players in a host of his own exciting adventures. Some of these names will even be familiar. The Cowardly Lion. The Hungry Tiger. Eureka, the Pink Kitten. Bungles, the Glass Cat. Gugu, the Leopard King. And now comes the Prideful Panther, one of the four royal guardians of the Southern Wilds, who makes his debut in chapter six of "A Nightmare in Oz," providing counsel to Princess Ozma as she is trekking through the Quadling Country on a mapping mission.

To understand the origins of the panther, one must first be brought up to speed regarding the situation of his kingdom. The Southern Wilds are a long stretch of countyside in the Quadling region, the site of a host of primitive and isolated civilizations that have little to no contact with the outside world. Sometime between the events of "A Nightmare in Oz" and those of the original novels, a rebellion among the beasts transpired, ultimately leading to war that caused great political strife among the various factions that called the forests home. The greatest casualty of this anarchy was the Dainty China Country, which was located just to the east of the Wilds; the turmoil spilled over beyond the trees and into the fields, leading to the destruction of the country and the relocation of their people, who now have their own quaint district in the Emerald City.

Sensing the brewing anarchy among the surly animals, Ozma intervened. A rule was established between she and four of the primary figureheads of the forests, who negotiated to restrict outside travel without the express consent of royal authority. In exchange, the beasts were to safeguard the various denizens and carry out whatever was necessary to ensure their endurance, without affecting neighboring villages or natives. The cats appointed the Prideful Panther to one of these positions, and he serves as the official Guardian of Protection, ensuring the safety and order of all those who dwell under the trees.

The panther is only a supporting player in the new story, having presence only in one chapter of the adventure, but plans for him extend beyond that, including short stories and appearances in additional novels.

The image above, penned by Jackson Smith, captures the Panther in his native world, prowling through the trees and bushes while constantly alert to the activities of his citizens.

You can meet the Prideful Panther and see how he engages with Princess Ozma when "A Nightmare in Oz" is released in paperback and kindle editions on April 6, exclusively through Amazon! 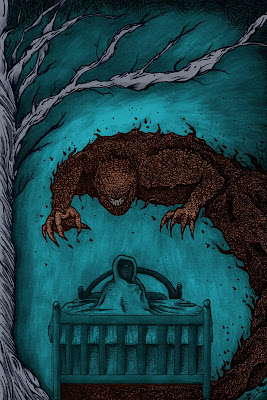 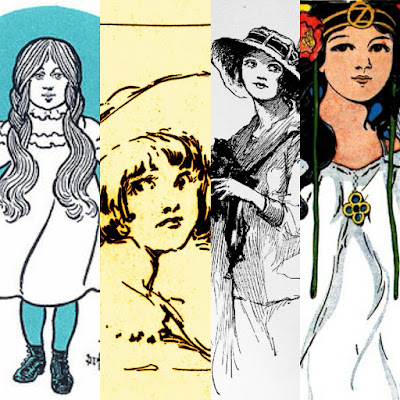